Aradune WTS ARADUNE THE ENTIRE SHIT SHOW OF A SERVER! TO THE BEST OFFER! (1 Viewer)

Rating - 100%
409   0   1
Hello today I bring you a special server sale! We are going to sell off the entire Aradune server! Why you may ask!? Because we messed up really bad here guys and we realize that now. Having a two box server was obviously never going to work from the get go. The community is full of people who want an advantage over the other players, who dont care about other humans on a real sincere level, and cant or dont want to play legit because of various reasons. Oh yeah and you can make a shit ton of real money if you cheat! Did I mention that! Plus you can do it fully automated for the most part! Oh and do you like raiding as a one man army so you can sell Loot Rights to real players while you ruin their in game economy (As they complain about this while they buy the LRs supporting the people doing the thing they disdain...) farming using complete automation on the downtime in between your dz lock outs making even more krono with the plat creating a nice inflation!? You can come to a two box server and play an entire raid force on your own using programs that we said we will ban you for using because they go against multiple server rules that we expect everyone to follow (And only some players will be punished for while we let other people 30+ box to their hearts content ruining the economy)

Or shit split your 6 boxes up all over different zones in different picks. No one will notice that your puller looks like a fucking robot and that your entire group is obviously automated by the way they move and react to pulls... Then you can farm plat inflating the value of a krono for the entire server fully automated while you get nice value items that you can then sell to the suckers whose server you are ruining while they monetarily support you in doing it. In a way you could say they have ruined their own lands. (They shall not ruin mine!)

Dont speak English? Thats not a problem! These idiot North Americans (and other players from various parts of the world) will let you come to their forums and sell to their users even though you dont support their platform, you never buy anything from the other users, you dont give back to the community, and all you do is take from them back to your own country where it then gets spent making your local community that we will never see or be a part of and your completely corrupt government in the real world even stronger.

Do you want to powerlevel but you cant compete with an actual 2 box playing the game legit because thats too difficult!? Thats okay just make like 5+ enchanters on a 2 box server where you arent allowed to play more than two characters since we nerfed the pbae stun and keep running your crew. We wont ban you for playing like 8+ toons dont worry. And we wont ban you for automating the stuns either. Or I mean we wont ban some of you at least.

Honestly guys people are starting to actually wonder if we are the ones selling the Loot Rights. Why else would one guy be able to box so many toon on a true box server when they obviously do not have that many machines in one room let alone the ability to manually play them. Wait does that part even matter when you arent allowed to play more than two toons? Some people have a lot of brothers and sisters and cousins playing with them huh folks? And automation isnt allowed on Aradune so dont worry about using MQ2 or any other third party programs that break the server rules to control all of the toons youre not actually true boxing on a 2 box max server because we are only going to care after the damage has already been severely done, and only for a short time, before, we, much like referee mills lane "will allow it!" Until of course we decide again that we won't (then we will again! Yes we are psycho, woops I mean its a cycle!)...

I mean look we did just did krono refunds in plat a few weeks back on the Aradune server. Did that not ring any warning bells for you all? We refunded actual real money paid for items worth $17.99 usd per that are a way to subscribe to the game for 30 days with in game currency called platinum guys. HELLO!?!?!? How the fuck did we determine what the value of a krono was using our own in game currency that we have an infinite supply of? What the fuck are you all smoking and can I have some?

I will sell the Aradune server to the best offer. But keep in mind we can literally print money with this server. Wait, why would we sell this thing guys?

Oh yeah and remember when we launched Aradune? Yeah I thought that would make you laugh. Isnt a new TLP coming out this month? Jeez I sure hope we can get this launch right. Prepare for 2,000 max players (when there is easily 25,000+ people that want to play at launch) at a time and waiting in queue for 3-6+ hours to get in the game while everyone who is logged in is using auto clickers afk on character select screen so they dont lose their spot. I sure hope we can get our shit together and that you guys dont mind crashing every time you try to zone or waiting about 20 minutes or so. Jeeper mister!

Fuck you Aradune. I wanted one server where people dont cheat. One server where we dont have the douche bag mq2 armies botting and ruining our economy. One true fucking server. But no. You couldnt let us have that could you, you fucking asshole pieces of shit that know who you are. Bring on the Mischief babay!
Last edited: May 2, 2021

Thanks for Letting me know. I edited it. One word less now so you can easily handle it. 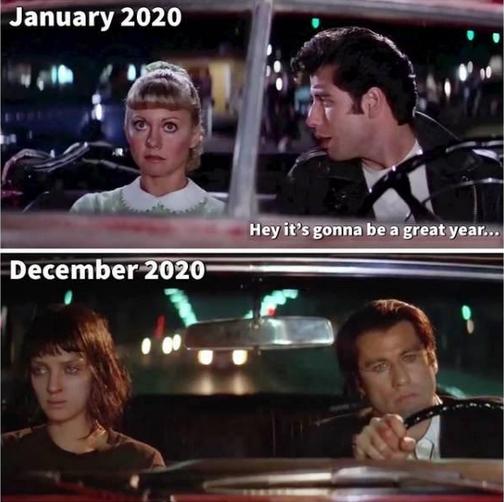 KronoLevel said:
One server where we dont have the douche bag mq2 armies botting and ruining our economy. One true fucking server. But no. You couldnt let us have that could you, you fucking asshole pieces of shit that know who you are. Bring on the Mischief babay!
Click to expand...

So you hate it, yet you can't wait to do it all over again on Mischief? /confused
J

err let me say, not same thing.. Its gonna be worse.

Rating - 100%
7   0   0
I’m confused. Long rant about people “cheating” on a website that is 100% cheating and against the rules technically. So Like cheat but don’t cheat cheat please. Lol

Peek23 said:
I’m confused. Long rant about people “cheating” on a website that is 100% cheating and against the rules technically. So Like cheat but don’t cheat cheat please. Lol
Click to expand...

Against the rules =/= "cheating"

But yes, I agree that this post is pretty ironic considering a 400+ feedback ectunnel member created it

Rating - 100%
44   0   0
Just wait until this next server comes out. Its going to be like the Wild Wild West...
I love how certain 'cheat' sites are like: we won't be supporting these TLP servers with our software. Biggest understatement of the past few years. If one site won't sell it then another developer will definitely pick it up and make money off it. Warping, ghostkilling, gold duping...its all there...still. I love it! I can't wait for the next server to start up!!!! See you all at the O. K. Corral ladies!!!

blanco said:
But yes, I agree that this post is pretty ironic considering a 400+ feedback ectunnel member created it
Click to expand...

Yeah, it is kind of funny coming from someone who sold power levels. I am sure it was 'by hand' and only two-boxed!

Rossell said:
So you hate it, yet you can't wait to do it all over again on Mischief? /confused
Click to expand...

oh yeah mischief is a 2 box server with free trade and random named drops etc huh? Are you dumb or something? anyways....

TheBranch said:
Yeah, it is kind of funny coming from someone who sold power levels. I am sure it was 'by hand' and only two-boxed!
Click to expand...

blanco said:
Against the rules =/= "cheating"

But yes, I agree that this post is pretty ironic considering a 400+ feedback ectunnel member created it
Click to expand...

Cheating, is different from a ULEA agreement. When krono mentions cheating he is talking about showEQ, and Mq2 and its variables, Selling is one thing using programs to cheat then sell for you is another.
S

Rating - 100%
54   0   0
Krono tried to play by the rules of the server, i have watched, the cheating went on so long left uninhibited by the staff at DB, to a point where non cheaters could not viable play on this server. Also, he did abide by the 2 toon per server rule.

but damn do I agree with you.

Krono did do everything right. DB is just a tool looking for money. And we are still stupid enough to feed them.

I think the thread does nothing useful and when you sort by aradune it shows up near the top of the list is why you received a bunch of reports. I don't even think it's valid as a discussion, but there is no rants & flames style thread/section on here.

Rating - 100%
11   0   0
This is fine where its it...you dont like it...to bad....stop reporting it or I am gonna start giving you all warnings for pissing me off and spamming me.
You must log in or register to reply here.
Share:
WhatsApp Email Link

Users Who Are Viewing This Thread (Users: 0, Guests: 1)